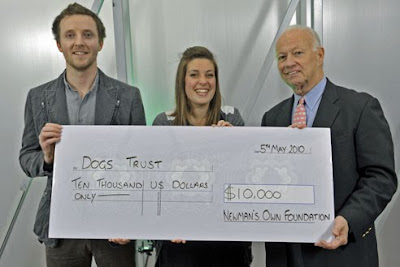 Dogs Trust is delighted to have been chosen as a recipient for some of these funds, having been given a $10,000 (£6,800) donation from the Foundation!

Here are two members of our fundraising team, Matt and Kirsty, being given this wonderfully generous cheque. With our nationwide rehoming centres, education programmes and campaigns, this will be put to good use soon.
Posted by Dogs Trust at 09:45