“Introducing the Freedom Project, the shocking facts and figures"

Throughout the UK many thousands of women continue to suffer abuse at the hands of their partner. Research indicates a strong link between animal abuse and domestic violence, with men who are violent to women often threatening or harming a pet in order to intimidate their partner.

In 2012, 57% of clients accessing the Freedom Project pet fostering service reported that their abuser threatened to or actually harmed their pets.

Families fleeing domestic violence are usually unable to take their pets with them into a refuge or temporary accommodation, so in many cases they are reluctant to leave their home until they know there is somewhere safe for their pets.  Dogs Trust, alongside other pets fostering services in the UK, offers a solution.

On average, foster placements last for between 3-9 months until the dogs are reunited with their owners.

The Links Group in the UK is a committed multi-agency interest group that promotes the welfare and safety of vulnerable children, animals and adults so that they are free from violence and abuse.  The group was set up to raise awareness of the ‘links’ to all professionals in the hope that agencies will work together to help prevent related cases from going undetected.

It’s a very sad fact that it is becoming more and more common that family pets are used as a tool to manipulate and control victims of domestic violence. In fact, evidence of the links between child abuse, animal abuse and domestic violence is becoming increasingly apparent and there is growing evidence to confirm these beliefs.

Dogs Trust Freedom Project is also a member of the Links sub-group on pet fostering, which is made up of several other organisations who run similar services across the UK for families fleeing domestic violence.  The group meets yearly to discuss best practice, how the services will be promoted and to share ideas.

To date the Links group has raised awareness and implemented cross reporting procedures amongst human and animal health professionals; provided vet students with training on recognising non accidental injury (NAI), produced Recognising Abuse in Humans and Animals – guidance for veterinary surgeons, and have set up a resource library of relevant and up to date articles, publications and press cuttings.

Throughout Freedom Project Week we will be posting accounts from some of the families accessing our service on how abuse affected them and their pets before they found refuge….

You can read Allis' story today. 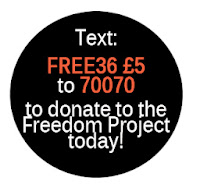