It’s never too late for a happy ending! 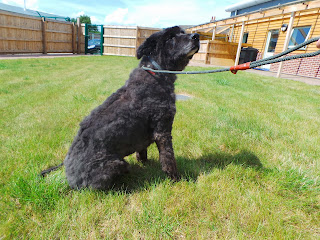 Duke arrived at the Loughborough centre in July.  He had been living as a stray and when we met him we realised that not only is he an older boy, but that he must have been living quite a hard life.  The first thing we noticed was that his coat was so matted that we couldn’t see his skin underneath it.  We had to immediately set about clipping him – a task that felt much more like shearing a sheep.  Once we could get a good look at him we realised that he was also painfully thin. 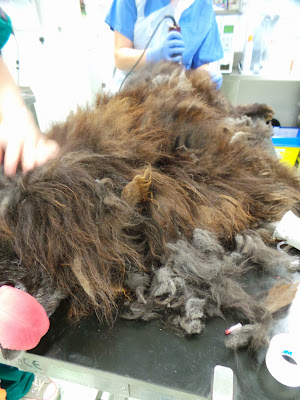 We started feeding Duke regular small meals of good quality food, and hoped that with lots of tender loving care he would soon start to get fatter.  Unfortunately some of the dogs that Duke arrived with had the doggy version of a cold.  A few of them had coughs and sneezes, but nothing too serious.  Sadly, Duke caught their bugs and his poor condition meant that it hit him much harder He became quite poorly and could only be tempted to eat fresh chicken breast or a special tinned dog food that closely resembles chicken soup!  He lost yet more weight, and even when he seemed to get better his weight gain was slow and irregular.  Duke had all manner of tests to see if there was any other underlying illness contributing to his poor condition, including blood tests, ultrasound scans and x-rays.  Thankfully his results kept coming back clear. 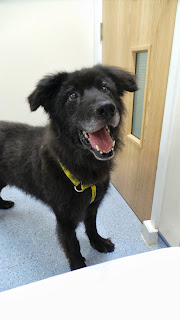 Everyone at the centre put their heads together and came up with a ‘Duke care plan’.  Duke had dedicated members of staff feeding him 6 good meals a day, and both staff and volunteers worked together to take him out for lots of short walks, playtime, and relaxation.  He even started physiotherapy and hydrotherapy sessions to help him re-cooperate and build up some muscle again.  We were all very pleased when Duke turned the corner and started steadily gain weight.  Once he got going he developed a ravenous appetite and his regular visits at the vet suite for his twice weekly weigh-ins became something to look forward to.  He even enjoyed a special packet of dog biscuits that were flown back for him from Barcelona!  Once Duke found his appetite there was no stopping him and he has now put on nearly 10kg since he arrived J    He has always been a handsome dog but now he looks 10 doggy years younger.

The final challenge was finding Duke a new family.  Older dogs can be harder to re-home but we knew that one big thing Duke had in his favour was his winning personality.  The staff launched a campaign to find him his forever home and it wasn’t long before he had fallen on his four paws with some lovely new owners.  We will all miss him but couldn’t be happier to see him on his way to a new start and the happy ending he deserves. 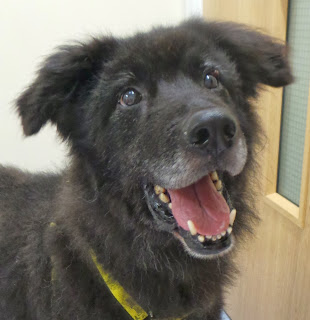 ....Duke went home on Sunday and we’ve spoken to his new owners today and they say he’s been brilliant and they love him to bits!
Posted by Unknown at 12:51