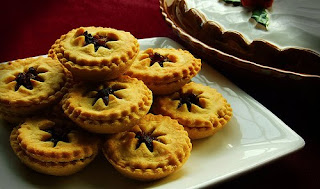 Today, we've launched a new veterinary approved Doggy Christmas Menu in a bid to raise awareness of the dangers some traditional Christmas treats can pose to man’s best friend.

Christmas is always a time of indulgence as we tuck into our mince pies and much favoured Christmas puddings! Sadly, many people also unwittingly over-indulge their dogs with festive treats and human foods (or the pooches are very sneaky and help themselves). Unfortunately, in some cases, this can prove fatal.

“As a vet I have seen some terrible examples of dog poisoning over the Christmas period. In many cases the owner was totally unaware of the hidden dangers and was simply intending to be kind to their dog who was eager to share in the festive treats. Like with humans, all foods should be given in moderation. Other festive items to avoid giving your dog include Hollie berries, Mistletoe, xylitol based sweetner and alcohol such as mulled wine.”

TV actor and presenter, Jeremy Edwards’ much loved dog, Molly, was the first to take part in a canine taste test. Jeremy explains:

“Molly has certainly given her paw of approval to this risk-free Christmas treat. Despite being a fussy eater, she particularly adores the doggy mince pies - she devoured them in 30 seconds flat!”

Anyone wanting to give their canine a special treat this Christmas can download the complete doggy menu amd recipes (opens new browser window).