Such a Nuisance to Die: The inspiring tale of Princess Elisabeth de Croy's campaigns for animal welfare 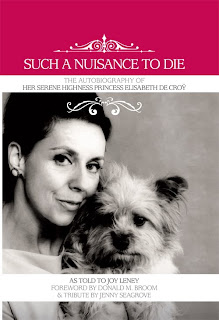 Her Serene Highness Princess Elisabeth de Croy had a dazzling life, rubbing shoulders with the likes of Salvador Dali and Orson Welles, and regularly visiting John and Jackie Kennedy in the White House. Yet her travels around the world also introduced her to the extensive suffering of animals. In response, she started a small shelter for dogs in 1968 which would eventually become a busy centre for all animals known as the Refuge de Thiernay.

Passionate about this cause, Princess Elisabeth spent the rest of her life campaigning ardently for animal welfare. Her remarkable story is now being told in her own words, as dictated to Joy Leney, in Such a Nuisance to Die, which Princess Elisabeth completed just days before falling seriously ill in April 2009. Sadly, she did not live to see the book’s release.

Several staff members from Dogs Trust have volunteered at the Refuge de Thiernay over the last few years. This is what Dogs Trust Assistant Field Director Catherine Gillie had to say about her experiences:

I helped at the Refuge de Thiernay for about 3 weeks; it was a fantastic experience and I feel very privileged to have known Princess Elisabeth.

Despite her busy social life and extended family of animals she made me so welcome always had time to talk to me, she touched the lives of many people around her and was a real inspiration to me in my life.

I remember her own dogs and cats that clearly adored her and she them; each one had a sad start and she made me cry with the stories of how she had rescued them. She even had beautiful sculptures of her pets all around the house made by her sister of whom she was obviously very proud. A cat she called "the snake" was a particularly beautiful animal - very, very long and sleek and with marbled stripes down its back.

I was upset when it was time to leave as after just 3 weeks as I had formed an attachment with several dogs but in particular a little dog called Billy that looked like a small Labrador on short legs. Billy came in to the refuge as a stray very frightened and seemingly aggressive but had completely changed towards people after a just a few weeks of TLC in the centre. The quarantine laws from France were different then and I knew that Billy would have had to spend 6 months in quarantine if I wished to adopt him myself. Princess Elisabeth was so thoughtful she went out of her way to find little Billy the right home after I left, and then sent me a lovely photo of him with his proud new lady owner.

My husband Dave and I visited the refuge with our son and daughter whilst on holiday in France later that year; they had heard such a lot from me about it.

A year after my visit, Princess Elisabeth came to England to present animal care awards to students at a university. Dave and I were delighted to be invited to meet up with her at the awards ceremony. We often recall that despite their being many awards to present, she was splendid and took the trouble to speak to each person individually as if they were the most important person in the world.

She was a real Princess.

We’ve heard many similar, inspiring stories of the Princess’s dedication from other members of staff here, including Dogs Trust Merseyside’s manager, Georgina Lowery, who adopted a new canine friend after six weeks at the Refuge.

Such a Nuisance to Die is released today, 29th June, and is available in hardback from Amazon, but two lucky Dogs Trust supporters can win a copy of their own by answering the question below:

What was the name of the centre that Princess Elisabeth started in 1968?

Please email your answers to feedback@dogstrust.org.uk along with your name and address by 5pm on Thursday 1st July.

The winners will be chosen at random after 5pm on Thursday 1st July. Please note that only UK residents can enter. Winners will be notified on Friday 2nd July. 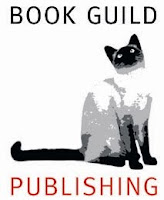 Such a Nuisance to Die is published by Book Guild
Posted by Dogs Trust at 11:14