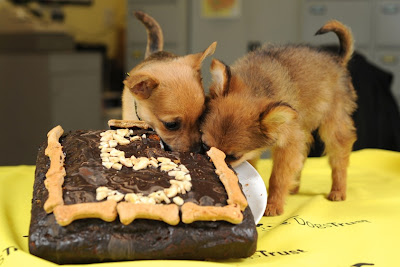 Happy birthday, Dogs Trust Harefield! Sky Sunrise presenters Eamonn Holmes, Jacquie Beltrao and Charlotte Hawkins popped down to Dogs Trust West London (Harefield) to wish the Rehoming Centre a happy 5th birthday. They dished a special doggy birthday cake to the lucky canine residents of the Rehoming Centre (which you can see the gorgeous puppies Pastrami and Serrano demolishing in the photo above). Eamonn says:

“It’s a joy to be at Dogs Trust West London celebrating their 5th birthday. Since it opened the team here have found homes for 5,000 dogs which is a wonderful achievement.”

The Sky team were joined by Jacquie’s Westie/ Bichon cross, Maddie who was the first dog ever rehomed from the Harefield based centre when in opened in 2006. Eamonn, Jacqui, Charlotte and Maddie also met Serrano and her brother Pastrami. Serrano is the 5000th dog to be rehomed by the Dogs Trust West London team and she will go to her new family this weekend. Jacquie Beltrao comments:

“I’ve been so lucky having Maddie in my life for the past five years – we’re inseparable! The staff here did such a wonderful job matching us up and it’s really impressive hearing how many other dogs have found happy homes thanks to their hard work.”

“The support we’ve received from the local community over the past five years has been incredibly heart-warming. It’s been a pleasure to match so many lovely dogs with fabulous families. One that particularly sticks in my mind was helping Blue Peter presenter Helen Skelton choose her dog Barney. It was vital to find a dog that would be happy on the set of the show as well as make a great pet for her. It worked out perfectly. We’re all looking forward to the next five years and finding forever homes for even more marvellous mutts!”

Thanks to Klassy Canine Bakery for donating the doggy-safe birthday cake and special treats. http://www.klassycaninebakery.co.uk/ / 01884 255584 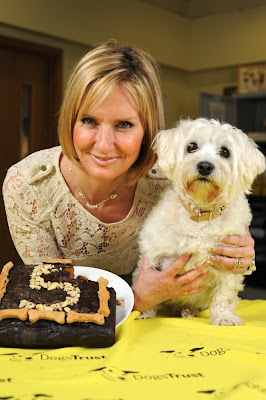 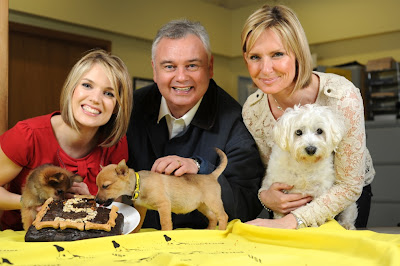 Adorable! Happy birthday and long may your great work continue.