Supporter Matthew Joy is taking on an exhausting - if very healthy! - challenge to help our dogs; we thought no-one could tell you about it better than the man himself: 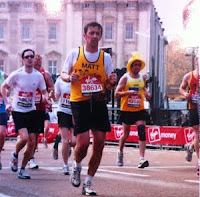 Could you run 1,000 miles?
Take a minute to think about it. No? Well, no of course none of us would want to think about running 1,000 miles in one go. Would you feel any differently if you had a whole year to do it? I suspect most of you are still shaking your heads but there are a few of you who think you might just be able to manage it - but why would you?
Well, for me it’s a long story.
As a young boy I hero-worshipped Abebe Bikila, the Ethiopian athlete who emerged from nowhere to win the 1960 and 1964 Olympic marathon running barefoot. Yes, barefoot. He was only prevented from winning the race again in 1968 by a broken bone in his foot and only finally acknowledged this when dropping out of the race approaching half way. Unfortunately, I was no runner but, by 1992, I had finally managed to summon up the courage to give the marathon a shot and was delighted to complete that year’s London Marathon (passing a man hopping on one leg only a few metres from the finish line).
Over the next 18 years I had three more attempts at the race - it’s a life-changing experience and a great day out – but outside of that I was only a fun runner, jogging a handful of miles each week. In 2010, I completed my fourth and final London Marathon in a personal best time of 3 hours 35 minutes and managed to raise a few tho
usand pounds in doing so with the kind help and huge encouragement of Matt Boustead and the fundraising team at Dogs Trust.
I trained hard for the race and, after perfect preparation and great conditions on the day, felt that I had now achieved a time that I would never better no matter how long I kept running and decided to “retire” from marathons having finally satisfied those long-held ambitions. I went back to trundling round the roads in Surrey for an hour a week or so – always a “jogger”, never a “runner” - but there was something nagging away in the back of my mind saying that I should carry on fundraising efforts for the Trust having seen at first hand the wonderful work they do and what good use they can find for every pound raised. And there also a little emotional blackmail coming from a certain little brown dog called Marley... 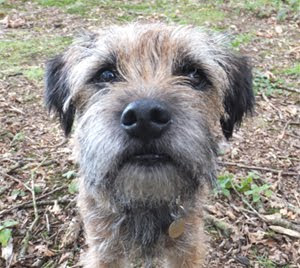 Tell me, who could resist? And so the 1,000 mile challenge was born.
The “rules” are simple:
I have to run 1,000 miles in 2011. My first run was on New Year’s Day and running outside or inside on the treadmill are allowed, just in case of snow and rain. All the runs have to be measured in some way, either via GPS monitor when outdoors or by the treadmill indoors, so I am not allowed to count the 100-yard dash to the bus stop after work (or chasing Marley chasing squirrels for that matter).
At the time of writing, I have run 669.59 miles, have 330.41 miles left to run and have been running for a total of 91 hours and 16 minutes or coming up for almost four days – you can get up-to-the-minute updates on progress by following me on twitter @run1000mile.
The eagle-eyed amongst you will have worked out that I am two-thirds of the way through the challenge and two-thirds of the way through the year. This is no coincidence. Very early on, I decided that the best way to ensure that I kept on track to complete the 1,000 miles was to set myself a weekly quota of miles (20) and stick to it, which I have, give or take a mile or two which has been caught up in the following week. You might also have noticed that this schedule gives me two weeks “off” during the year. I took the first of those at the end of June when I was feeling exhausted by the efforts in the first part of the year and I am saving the second of them for sometime during the winter months when some sort of cough or cold is bound to strike. I have to date (*touches wood*) been healthy all year and have not missed a single run through illness or injury. My run of good luck can’t possibly last until December can it?
The runs have generally been spread between Hyde Park (which is outside of my office door), the Surrey hills (where we live) and the treadmill at the gym. I am running four or five times a week, clocking up miles wherever and whenever I can. The biggest single challenge was finding the willpower to run whilst we were on holiday in Thailand in July but by limiting the runs to no more than four miles each day along the beach and running early in the morning I was able to keep up my quota and not be too cooked by the sun. There’s nothing quite like finishing a run by jumping into a cool swimming pool. For the statisticians amongst you, the shortest run has been 2 miles and the longest has been 8.8 miles and the average pace so far is 8 minutes 10 seconds per mile!
Thanks to the generous support of Marley’s friends and acquaintances I have so far managed to raise £455 for Dogs Trust (and a bit more back from the tax man too). Having set an initial target of only £250 I think I can aim a little higher and it would be good to reach £1,000 by the end of the year. I am hoping to be able to run my final mile on Christmas Day.
You can sponsor me at my JustGiving Page here http://www.justgiving.com/Matthew-Joy1 or by texting the phrase RUNA90 to 70070.
Thanks to all of you who have already sponsored me.
Thanks to Alex and the Digital Marketing team for letting me blow my own trumpet on the blog. I hope this gives some of you the encouragement to try a bit of running (it’s good for you, you know) and to do some fund raising for Dogs Trust and I hope it encourages all of you to offer just a little by way of sponsorship.
I can’t wait for Christmas Day…
Matthew
If you've been inspired by Matthew to challenge yourself and raise funds to help us care for thousands of dogs every year, take a look at the Giving pages on our website or drop a line to our fundraising team.
Posted by Dogs Trust at 11:07

He's been out runnin? I fort he was down the shops gettin my noms...I shall be avin werds wiv him later....grrrr

Wow, you have achieved a great thing - I know how hard it is to run and so Zack raises all four paws to you - great job.

Marley is a top pal & it looks like his dad is a top bloke.
Keep on runnin'
WeK