Canterbury has Harry Potter fever with their own 'red head' Weasley family! 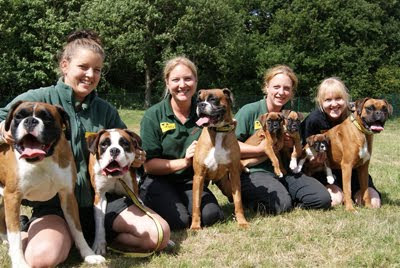 To celebrate the release of the final installment of the much-loved Harry Potter films, our team at Canterbury have named seven ginger pureblood boxer puppies after the Weasley family characters.

Like the Weasley family characters, all of these bouncy boxers are purebloods/breeds who would do anything for their friends. They are all special in their own way and will certainly bring a bit of magic to the families who have rehomed them.

The three puppies came from the same litter and it’s likely that the adult dogs are also all related – cousins and brothers and sister etc. All of the dogs have now found loving, active family homes with owners who will be spending lots of time training and working with the boxers. Their new families will certainly be rewarded for their hard work as these dogs will make loving and loyal canine companions!

If you’re interested in finding out more about other dogs currently in the care of our centre, please call 01227 792 505 or visit the Canterbury rehoming centre.