A Year in the Life of a Centre Manager....

Wow what a year 2012 has been.  A year that has gone down in British history, not just for the Olympics or the Queen’s Jubilee but because Dogs Trust Loughborough opened this year!

I’m Nikki, Rehoming Centre Manager of the Loughborough centre and for me 2012 has been fabulous if a little crazy!

I started with Dogs Trust on the 3rd January 2012 and my first day did not go well.  I headed off to London HQ excited and nervous only to get stuck on the train due to a fallen tree.  Arriving 90 minutes late was not the start that I needed but I was soon forgiven and everyone was lovely and so passionate about me joining the ’s largest dog welfare organisation.  I met so many people who were just as excited about Loughborough opening as I was.

I was to work from my home in Warwickshire for the first few months and as I went home that first day with my laptop under my arm, bag stuffed full of notes on my shoulder I couldn’t wait to get started!

First job – recruitment, recruitment, recruitment!  I had job descriptions to write, adverts to approve and interview dates to sort.  I had been given some key dates including a recruitment weekend on the 18th and 19th February which was just 6 weeks away – I had a lot of work to do!  We had 40 full time roles to fill and I received nearly 900 applications for the various posts so I spent many hours reading application forms and short listing for interview.  My small home office was packed to the rafters with forms!
January passed in a blur and my diary for February consisted of day after day of interviewing.  I met so many people who had been eagerly watching the centre grow from the disused pig farm it was to the amazing centre it is now.  We clearly had a lot of local support and it was great to chat with people so enthused about improving dog welfare in the east midlands.  Difficult decisions had to be made but by mid-March I had a team – Dogs Trust Loughborough was growing!

The other thing that was growing was the centre.  My first visit to the site was at end of my first week and although it was still very much a building site I was blown away with the sheer size of the place.  I remember being in the pouring rain, ankle deep in mud but thinking the centre was the most amazing thing I had ever seen.  It was love at first sight!  I visited each week to see things grow and develop.  I’d never been involved in anything like this before and it was just brilliant.

Before I knew it April was here and on the 15th I officially started work at the centre with 7 members of my team.  Vet Nurse Annie, Assistant Managers Nick and Claire, TBA’s Lucy and Nico plus Adam and Pete our Maintenance Operatives and I all met for the first time and together wandered around this amazing centre.  Everything was a bit behind schedule so we still had builders everywhere and hard hats had to be worn but we enjoyed our first day of getting to know one another.  We then spent 2 weeks based in our new staff room talking set up and systems and learning about how everything in the centre worked.  It was an intense 2 weeks but it soon started to feel like home.

May was a manic month.  It started on the 1st with the rest of the team arriving for a 2 weeks induction.  I’m terrible with names and here I was faced with a huge challenge of learning over 30 people’s names all at once!  I think I mastered it by the end of week 2!

Week 3 saw the arrival of the dogs and when the van full of dogs pulled into the car park we were just giddy with excitement.  Barking filled the air – yay at last, this is what its all about.  The kennels soon filled and our open day crept ever nearer.

Those first few weeks brought us a far number of challenges, things like getting the cleaning regime right to catching escapee dogs but things soon started to settle and once we opened our doors to visitors the dogs soon started going off to new homes.

We opened on the 1st June and within 30 minutes Canine Carer Carlie had reserved the first dog.  A few days later beautiful yellow Labrador Bob (I had a soft spot for him the minute I saw him on the van!) was our first dog to be adopted and he now lives with a lovely family in nearby Wymeswold.

Since then we’ve gone from strength to strength, rehoming our 500th dog in November.  Every single member of the team both here at the centre and at London HQ have worked so hard to get the centre off the ground and their dedication and determination to make Dogs Trust Loughborough a success has been truly extraordinary.

For me personally I’ve found the experience of setting up and starting a new centre incredible yet at times difficult and challenging.  However for every low there have been a million highs.  2012 for me has truly been a remarkable year, I’ve moved house and now live in and I’ve also added to my own family by adopting Mork a 7 year old JRT who came to us from .  He too has been a challenge as he’d never lived in a house before therefore wasn’t housetrained and was petrified of a lot of people but now he is the most adorable and lovable dog I have ever owned and is a great companion to my 12 year old JRT Rupert.  It’s a slow but steady process for Mork but he’s just enjoyed his first Christmas, opened his first presents and definitely enjoyed his turkey dinner so we’re doing well!

Mork is a typical example of many of the dogs we see at the centre and I’d like to thank every single member of staff for having so much patience and understanding with the dogs in our care and an ever bigger thank you to everyone who has visited this year, especially those who have added to their family by rehoming one of our dogs.  Without you we could do what we do.

Happy New Year from Nikki, Mork and Rupert and all the team at Dogs Trust Loughborough. 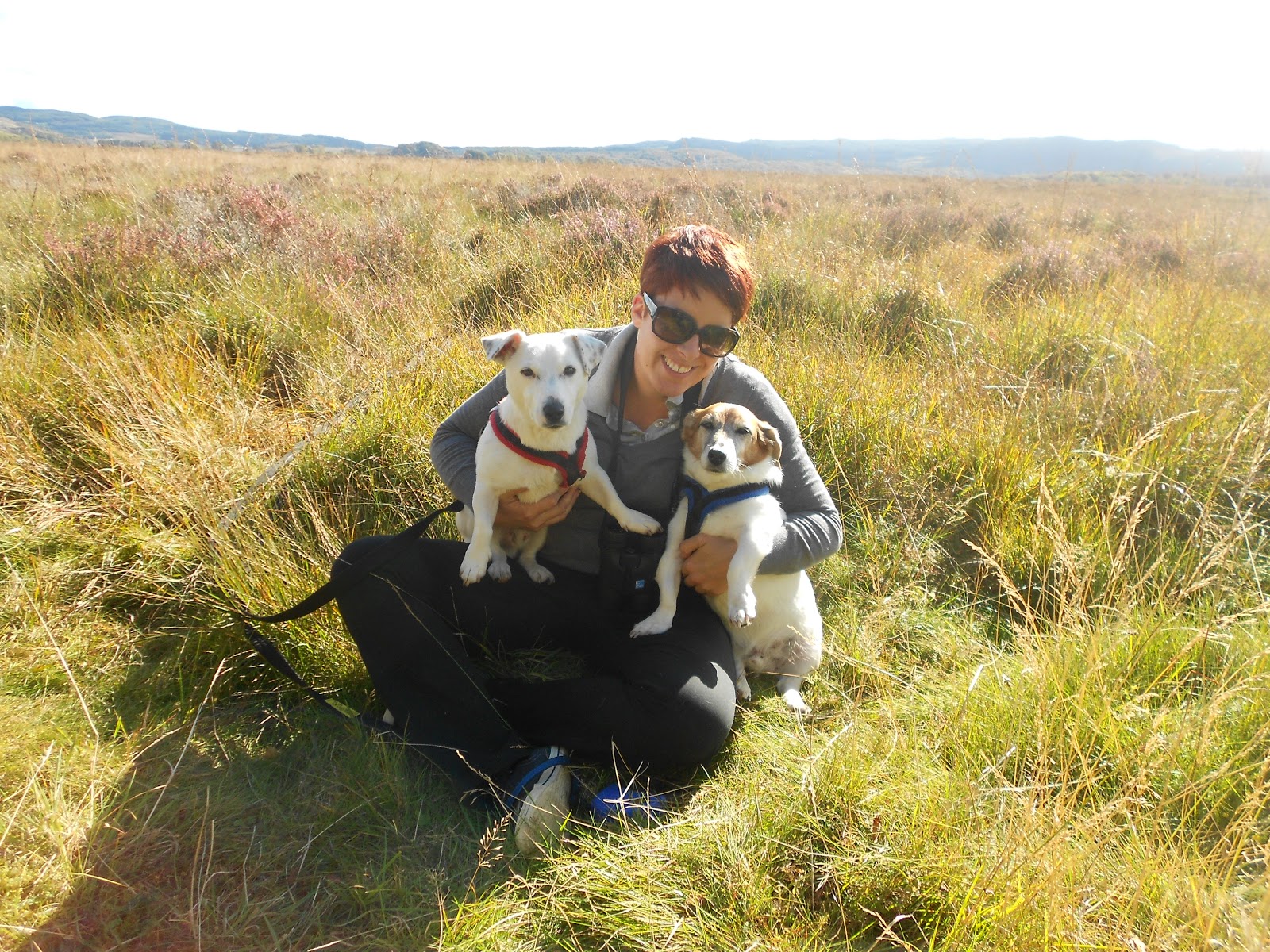 Well done Nikki. The centre is fantastic, and without it we would never have found our beloved, life changing JRT Buster. Keep up the good work and send best wishes for 2013.