This Monday was our Dogs Trust Honours awards, an annual celebration of the absolute wonder that is dogs. Categories including Dogged Devotion and Dog's Best Friend found very worthy finalists and winners, having been judged by our fabulous celebrity panel*, and Mirror readers and Dogs Trust supporters weighed in on the truly extraordinary tales that made up the nominees for Hero Service Dog and Hero Pet Dog.

The evening, held at the Honourable Artillery Company, was hosted by dog-loving Dragon Deborah Meaden, and saw the winning dogs, their families and a host of wonderful celebrity supporters come together. 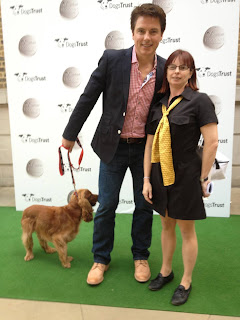 Guests mingled over teacup cocktails and sweet treats and were willingly upstaged by their canine companions, from Gladys and Pixie the Smith Start pug superstars to ex-Dogs Trust Harefield Underdog star Sven Sacre. Lynette was delighted to be able to bring ex-Dogs Trust Canterbury sweetie Polar - we simply wouldn't be doing it right if we couldn't make it a dog-friendly event! The dogs got their very own butlers serving canine-conscious snacks.

Last but not least, we have to give a special mention to long-term supporter John Barrowman - that's our Digital Marketing Manager Jacqui grabbing a picture with while she was busy running around tweeting the event! Note Charlie having a good look at Homer, our logo dog... Former Dogs Trust Bridgend resident Charlie was himself a winner in the Media Mutt category.

Dogs Trust Bridgend is celebrating Charlie's win by listing lots of personal items and clothes kindly donated by Charlie's pet John on eBay in the second sale from the phenomenal donation made to our Cowbridge charity shop. Get bidding - there are swimming trunks in there!


And now, of course, the reason all these wonderful people came together: the winners!

Dogged Devotion in association with Live With... - dogs that provided extraordinary emotional or medical support to owners 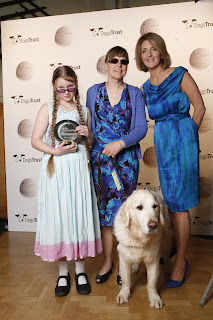 Ajay has been a constant source of companionship and support to the Brown-Griffin family through some incredibly tough times. Ajay originally came to live with them as Tony's (the mother) seizure alert dog and would warn her before she suffered an epileptic fit. Soon after Ajay joined the family they discovered they were expecting a child with a potentially fatal heart condition. Ajay was present during the birth and stayed in hospital with the family, even sleeping by newborn Mimi's cot; he also offered constant support during the little girl's heart reconstruction surgery. After the birth Tony suffered catastrophic bleeds in her eyes and was registered blind. Ajay quickly became her guide dog, without any special training, as well as still fulfilling his previous role. Ajay has now retired due to hip dysplasia but is casting a watchful over Tony's new working dog Hetty. 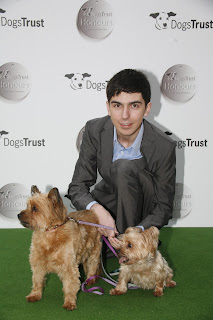 Carlos Parreira was nominated by his colleague at Little Dog Rescue. Carlos demonstrates a huge commitment to dog welfare and at only 15 years old has helped improve the quality of many dogs' lives. Carlos has been volunteering at the kennels for the past three years and has taken on caring for several elderly dogs. His commitment to the cause also saw him complete a bike ride from John O'Groats to Lands End for the rescue centre when he was 14. Carlos' dedication to animals is second to none and he gives up most of his spare time to help his four-legged friends. 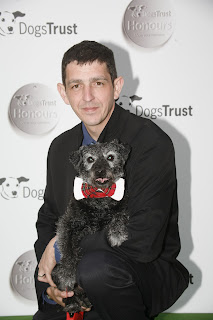 Izzy was nominated for saving the life of her diabetic owner's life, David Robinson, not once, but twice! On the first occasion she alerted David's wife Julie that something was wrong in the bathroom. After forcing her way into the room Julie found David unconscious on the floor, thankfully Izzy prevented an unimaginable situation and her instinct saved his life. The hairy hero then went onto show such dedication again when David had a hypoglycaemic attack in his sleep. Izzy is not a trained diabetic alert dog, she has quite simply become a little lifesaver with incredibly loyalty. 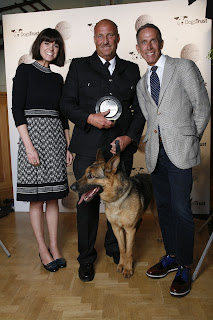 Aman is a police dog for the Suffolk Police and last year displayed true heroics when he was stabbed multiple times by an armed man. The stabbing happened after Aman had been sent into challenge the man in line with his training and whilst holding onto the assailant's arm he received repeated stab wounds to his body, causing serious blood loss. The man also stabbed Aman's handler during the ensuing struggle. Despite both having significant injuries they both continued to assist their colleagues in the eventual restraint and disarming of the subject. Both survived the attack and continue to work together.

Take a look at our Facebook album of the event to see more of the wonderful winners and celebrity guests - I particularly love those Meaden / Barrowman smooches!

Want to read more? (Of course you do!)

Check out our Hero Dog sponsors the Mirror and their wonderful account of the night. Lynette Peck Bateman has also already posted her simply lovely post (pun intended!) on her Lovely's Vintage blog, and you can see Marc 'the vet' Abraham's Facebook album of snaps from the night here.

Update: More blogtastic fabulousness from Lynette here, and John Barrowman's website has a lovely celebration of Charlie's win too!