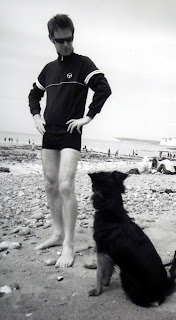 When Tippy the German Shepherd Cross went home with filmmaker Matt Hulse and his girlfriend Lucy Brown, no-one realised she'd be a star of the Edinburgh International Film Festival before long!

Tippy and her new owners star together in Follow the Master, a debut feature from Matt which sees them following the 100-mile South Downs Way to pay homage to his grandfather, who died last year.

“Originally we had planned on doing the road trip purely as a pilgrimage in honour of my grandpa, but I took some filming equipment along and Follow the Master was born!

Tippy was a natural in front of the camera and we always knew she had a definite star quality.”

“In the last 15 years we’ve had all sorts of dogs pass through the doors of our centre, but I think Tippy is the first to make it on to the big screen!”

What a lovely looking hound.